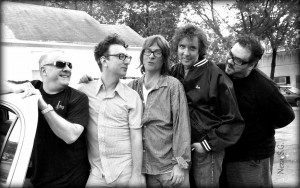 If experience was gold, The Shiny Lights would be rich. One of the more promising new bands to pop out of the always crowded music scene in Minnesota – aka The Land of 10000 bands – in 2010, The Shiny Lights have about a century’s worth of collective experience behind them, something that is immediately evident when you hear the inspired pop/rock on their self-titled debut EP. Equally adept at up-tempo rockers and delicate pop craft – and most everything in between – this is a band that clearly is serious about its business. 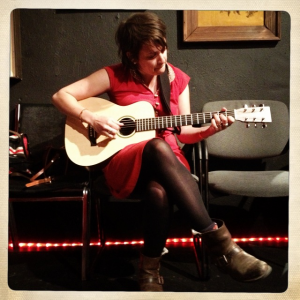 Lucy Michelle is a songwriter as serious as they come. Twin Cities natives will know her as frontwoman of gypsy-pop outfit Lucy Michelle and the Velvet Lapelles, a raucous and eclectic six-piece. At home and on the road, Lucy has stood boldly amidst that chugging whirlwind of cello and accordion, stomping her foot and singing out fiercely over the top of it all. It’s a collaboration five years strong whose catalogue reveals an artist developing not only her craft, but also personally.

Through songs of adventure, love and reflection Lucy has shared an evolving understanding of herself and her values. It’s a process that in 2012 led Lucy, after becoming happily married, to write a batch of songs more deeply personal than any she’d written before. The result is ‘Attack of the Heart,’ Lucy Michelle’s first ever solo album.